We did a day-trip to Kyoto, because my friends activated their 7-day rail pass too early. D'oh! So make sure you activate your rail pass for the days you plan to use the bullet train, because that's what you're basically buying it for. If you do not have a Japan Rail Pass then the fare will be 13,080 yen one way. Roughly $117. We bought the 7-day rail pass at https://www.japan-rail-pass.com/, which allows you to take the Shinkansen (Bullet Train) to Kyoto. Along with that, you can buy a PASMO card (for the rail system) and it'll be mailed to you in about 3 days. You can also buy a wifi-hotspot on the website and pick it up at the airport when you arrive. You return it by placing it in a prepaid mailing envelope that's provided and dropping it off in a mailing box at the airport. You also tell the kiosk person, what day you want to start your rail pass activation for. Don't activate it too early if you plan on going to Kyoto at a later day! The JR pass also allows you to take the green line which you'll probably use a lot to get around Tokyo.

Immediately after stepping off the train from Inari station, we could see Fushimi Inari Shrine. 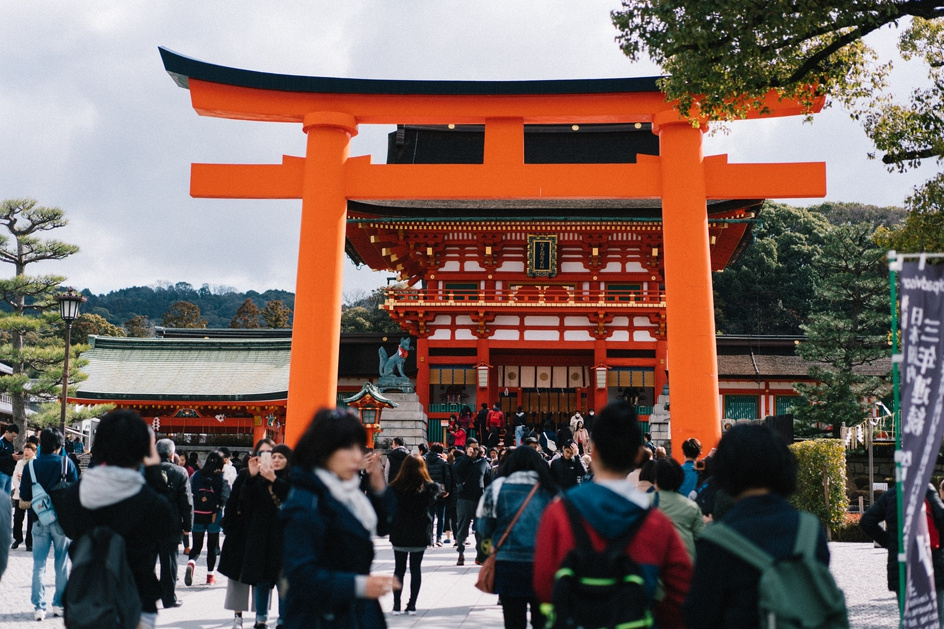 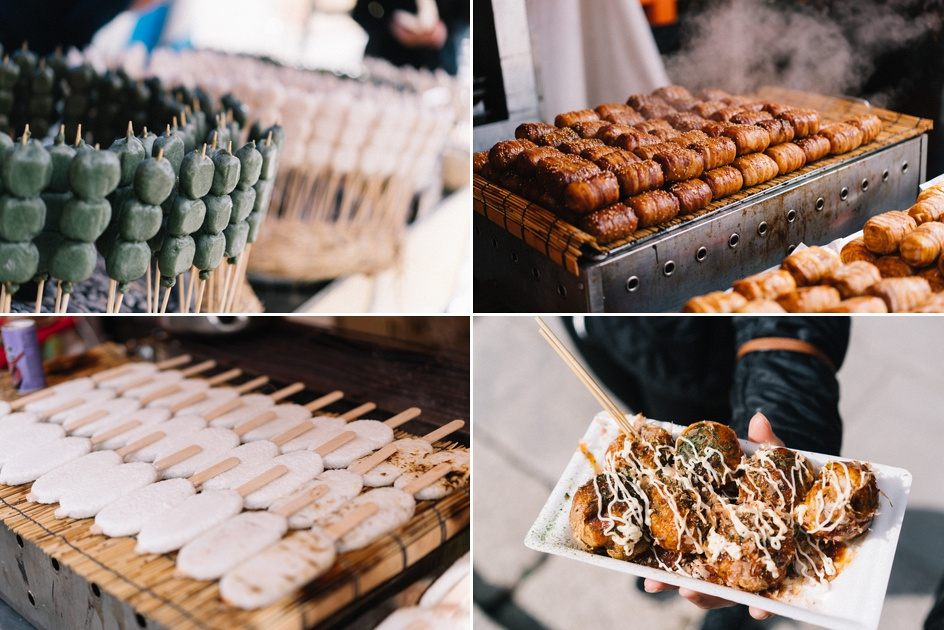 The food here was pretty amazing. 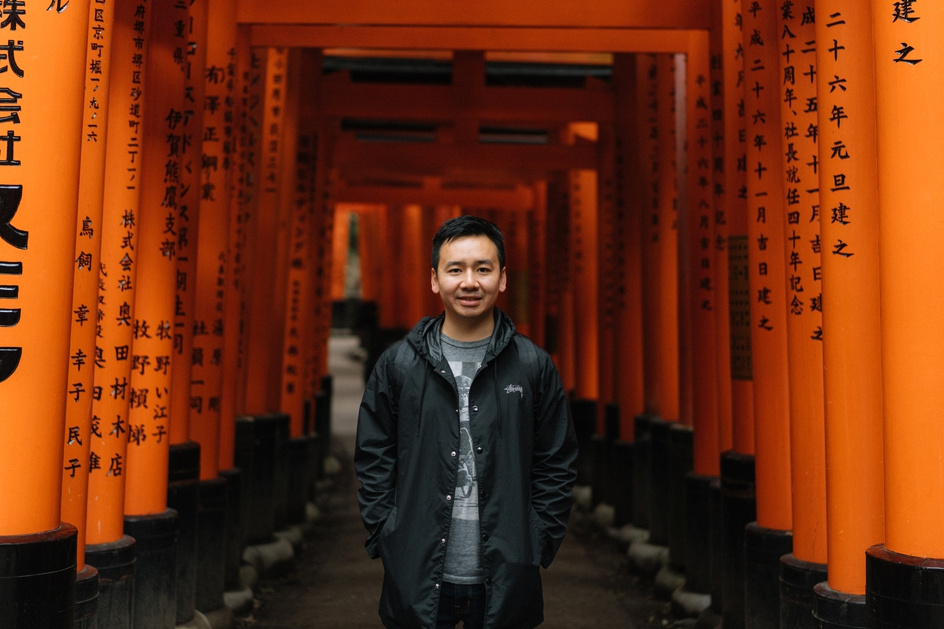 The torii gates. There were plenty of spots that weren't too busy at times where you could just wait a bit, hop to the middle, and snap a few shots. 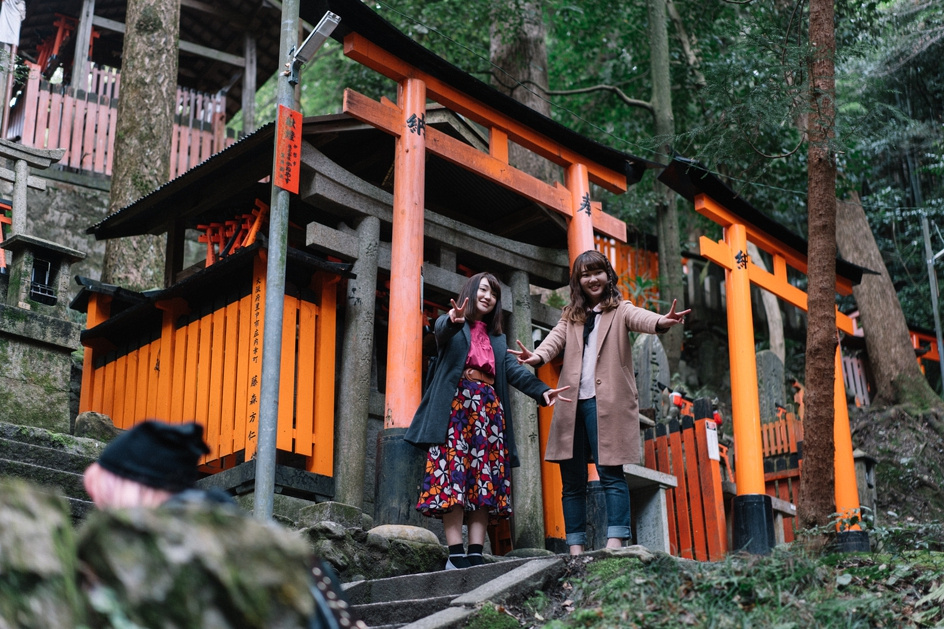 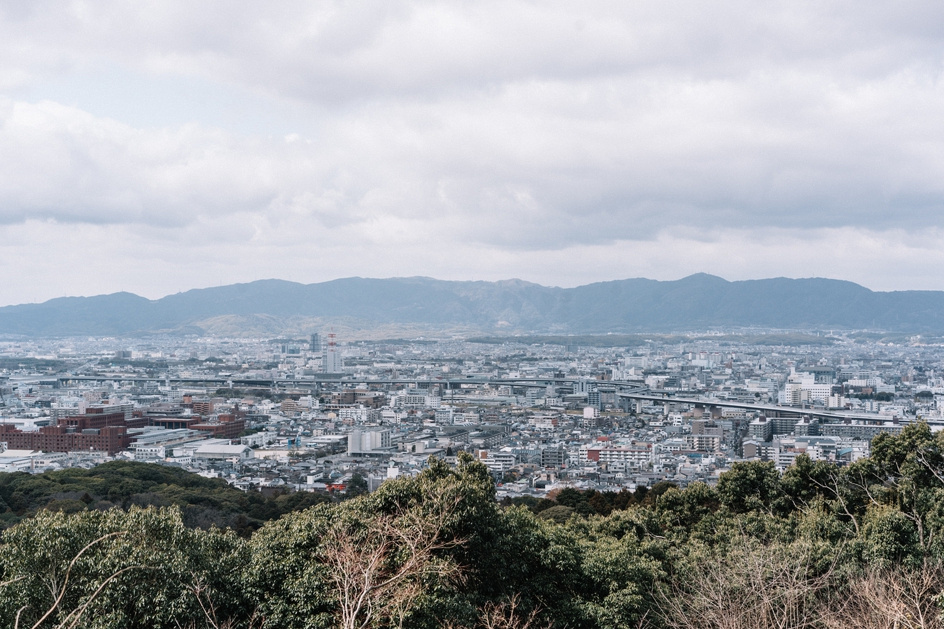 The view at the rest area in the middle on the way up. 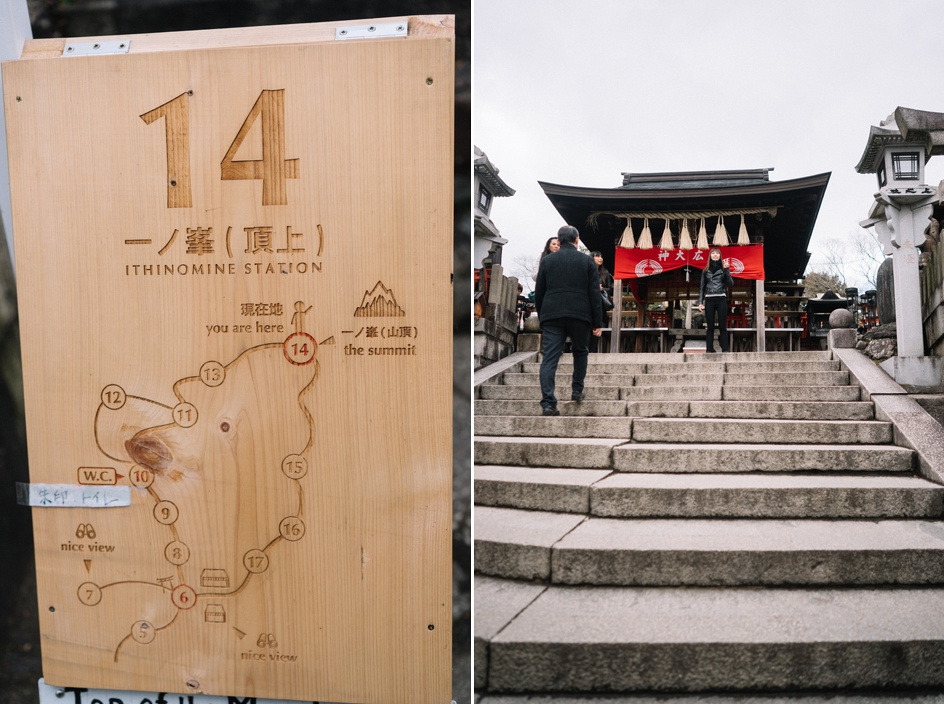 After a longgggg trek up, we got to the top, but nothing was there really besides more of what we've seen along the way. No point in going to the very top unless you have 3 or so hours to kill and want to just say you got to the top. 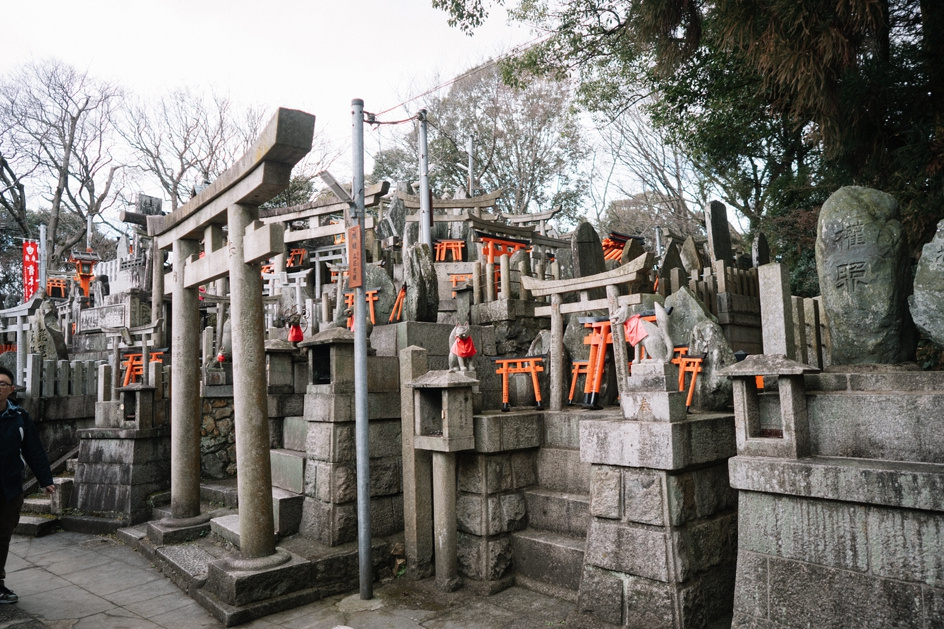 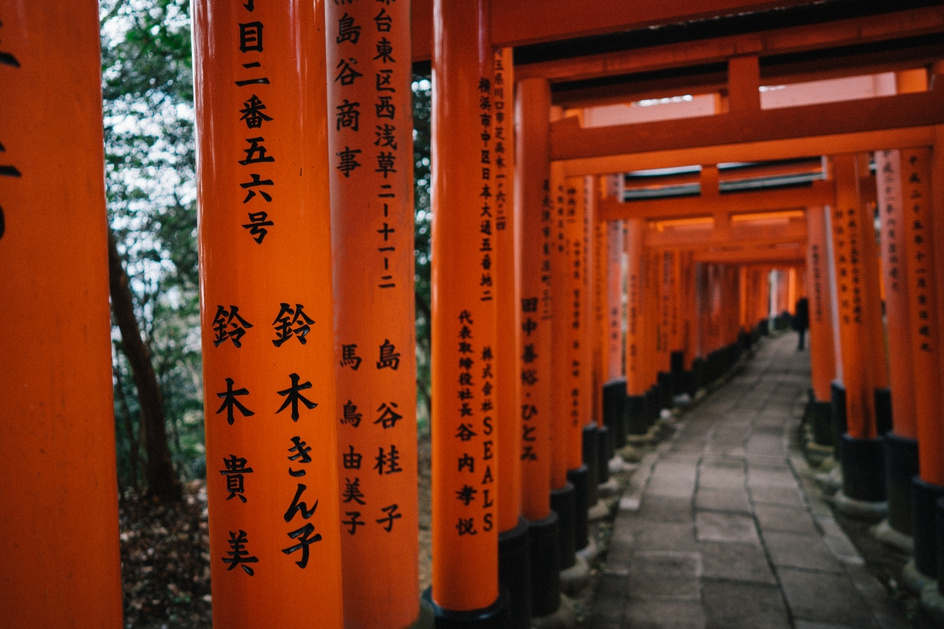 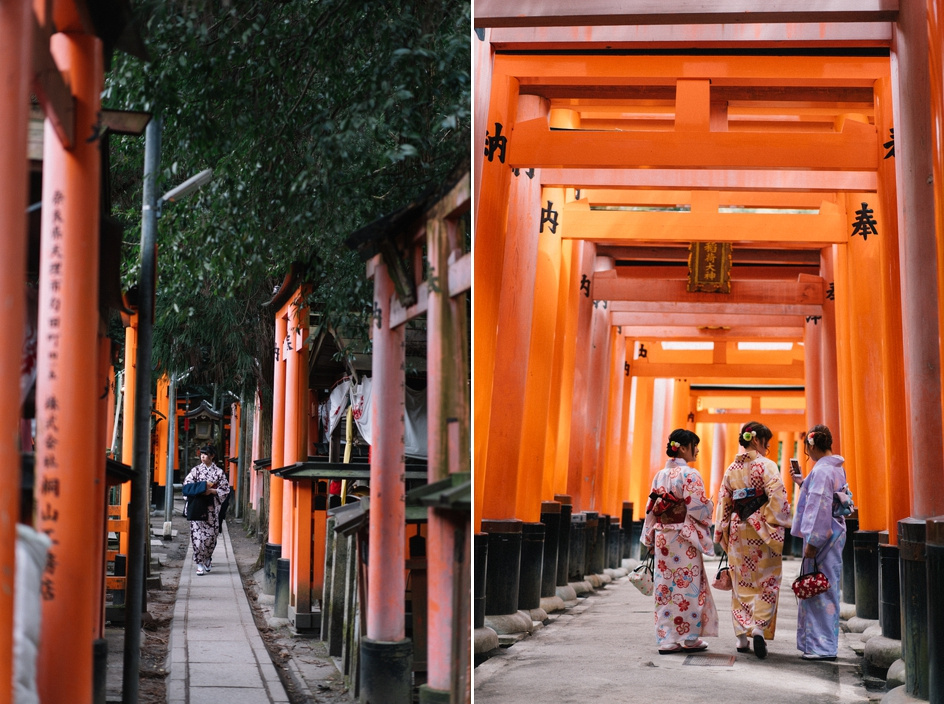 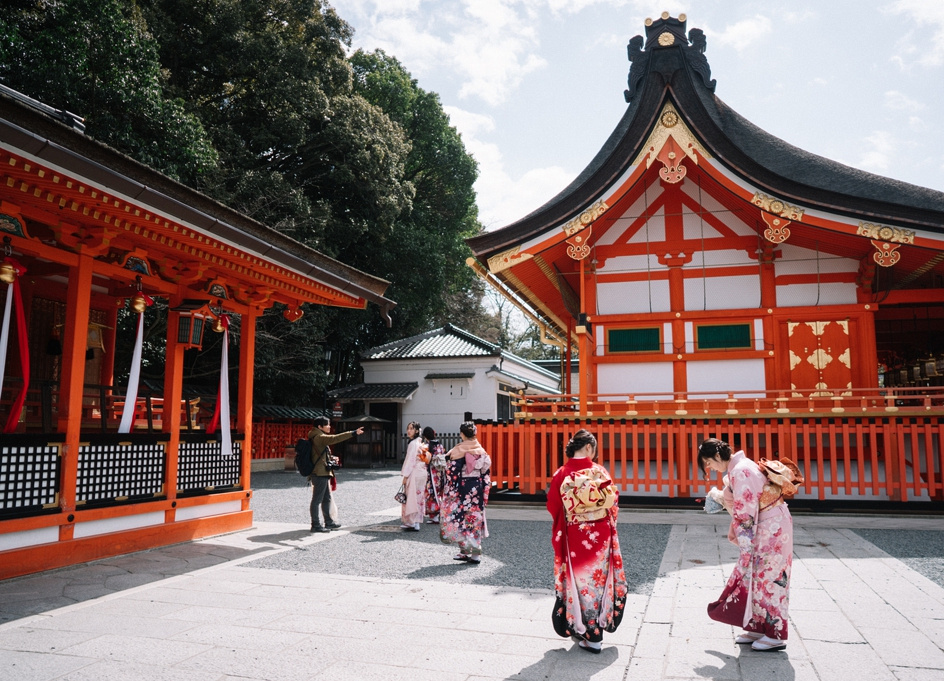 Back to the front.

Definitely had to get more food. So good! 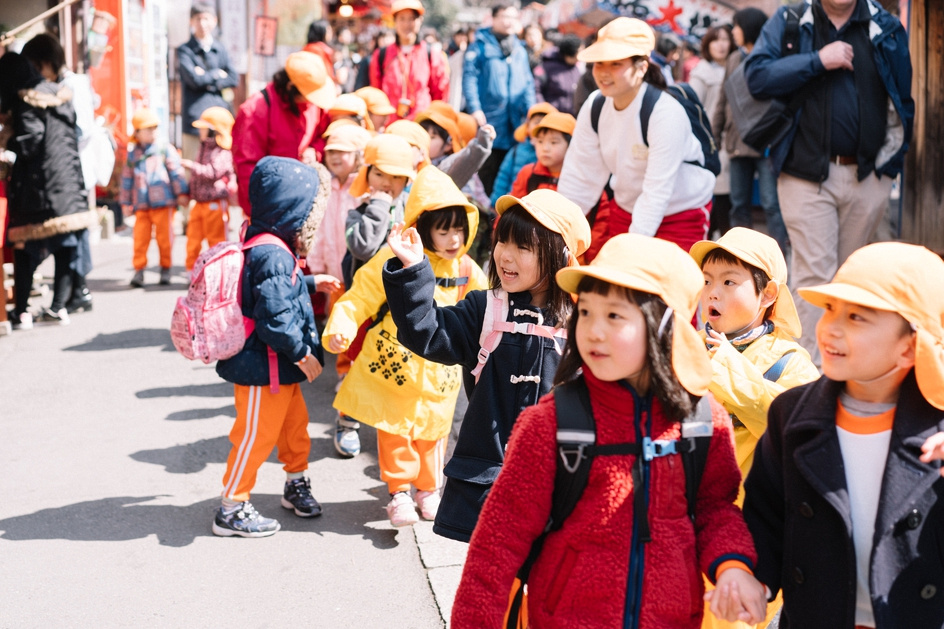 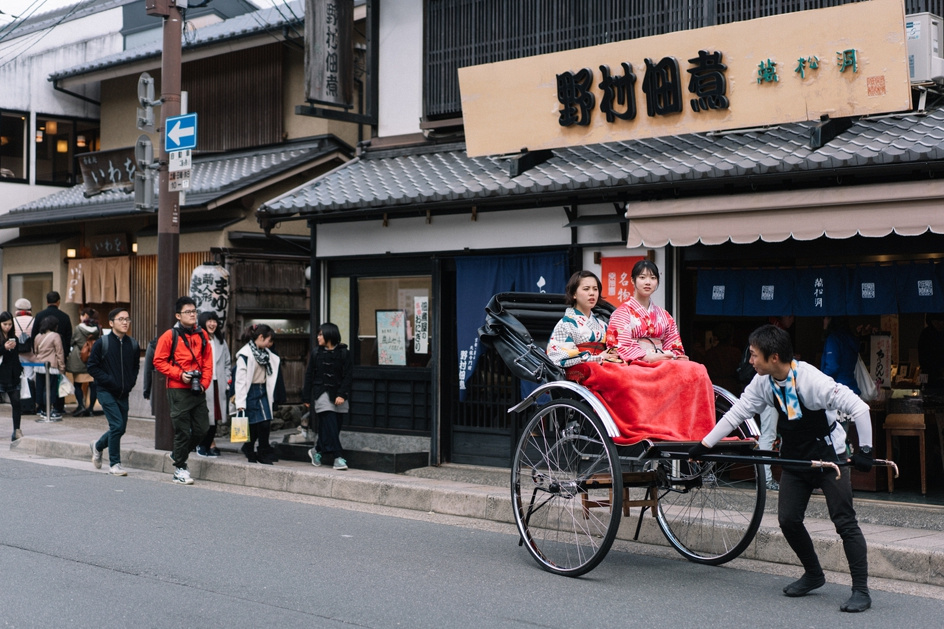 You can hire a rickshaw. 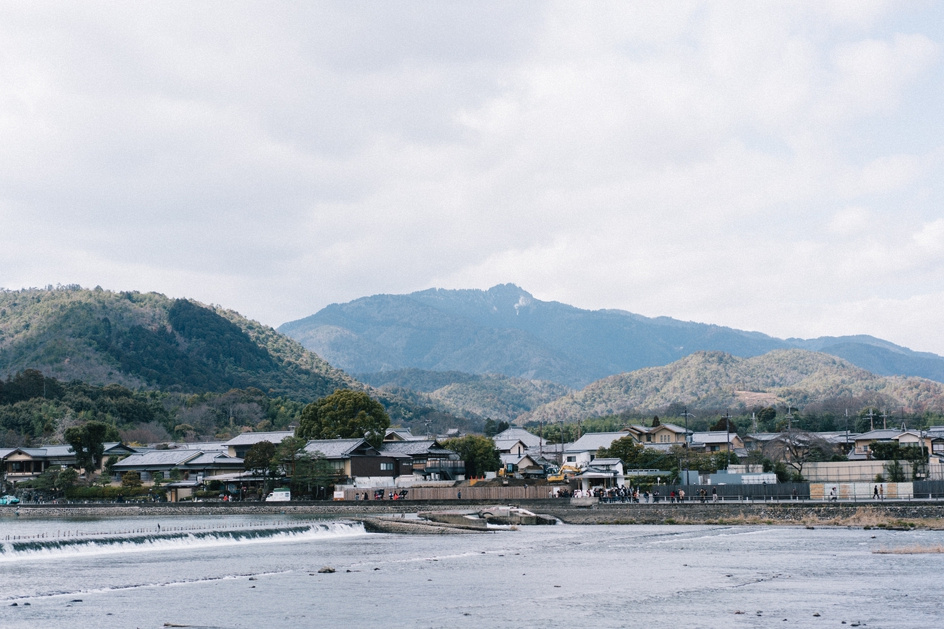 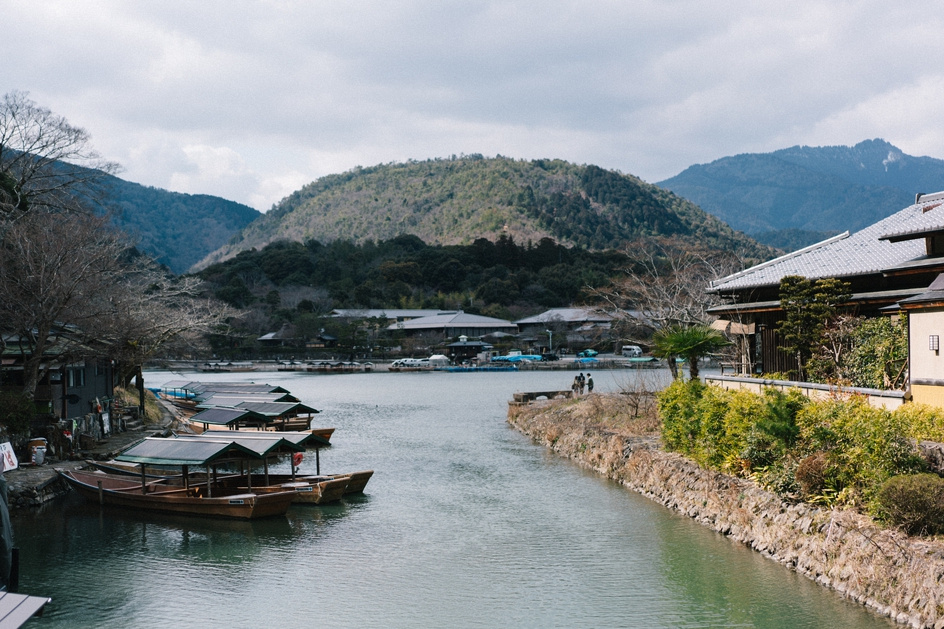 The view on our walk to Iwatayama Monkey Park. 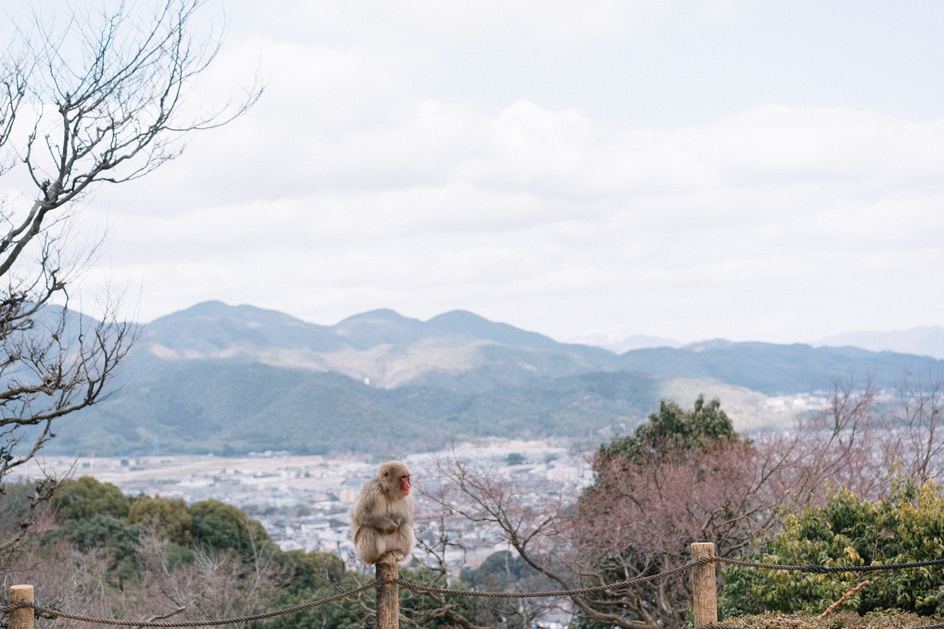 You have to hike a bit to get up to the monkey park. 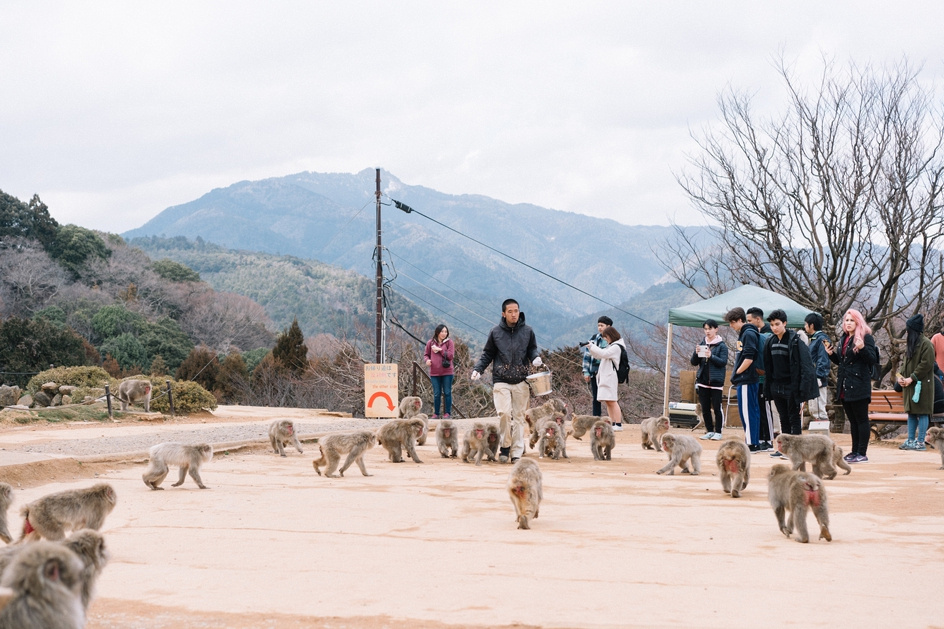 The park people feed the monkeys at a certain time and they all crowd together. You can be near them, but try not to look them in the eyes.

You can go inside the building and feed the monkeys through the cage. 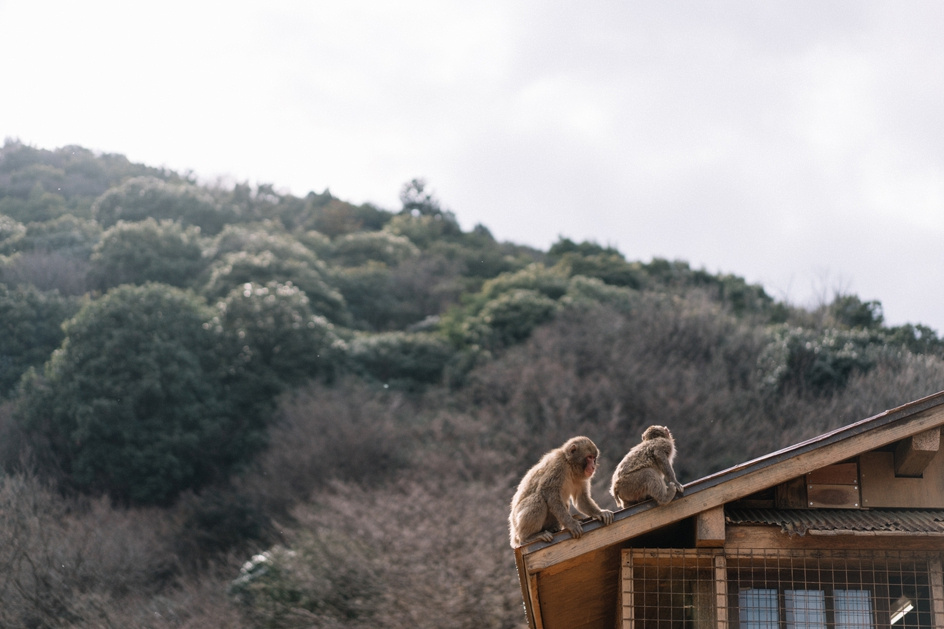 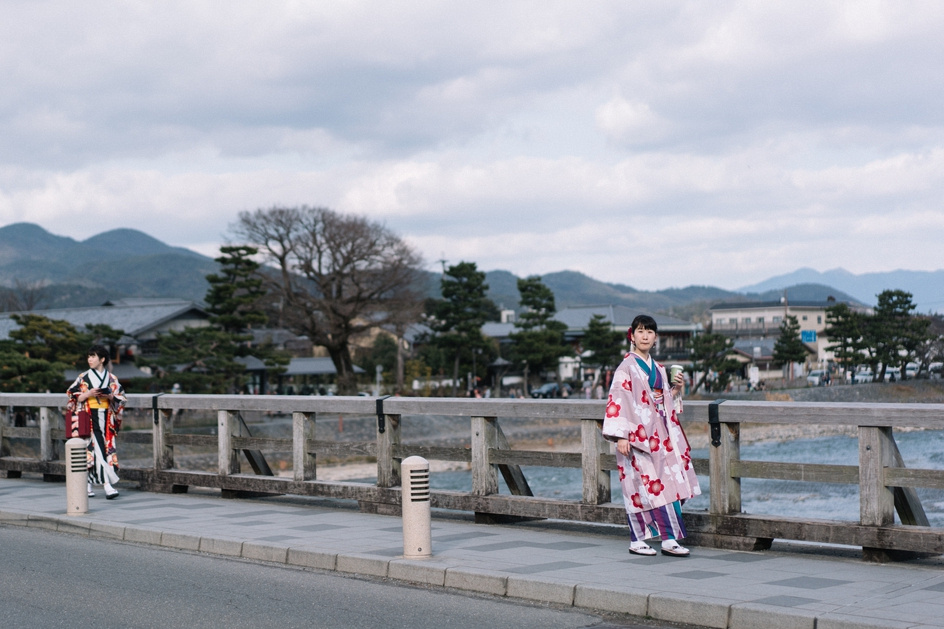 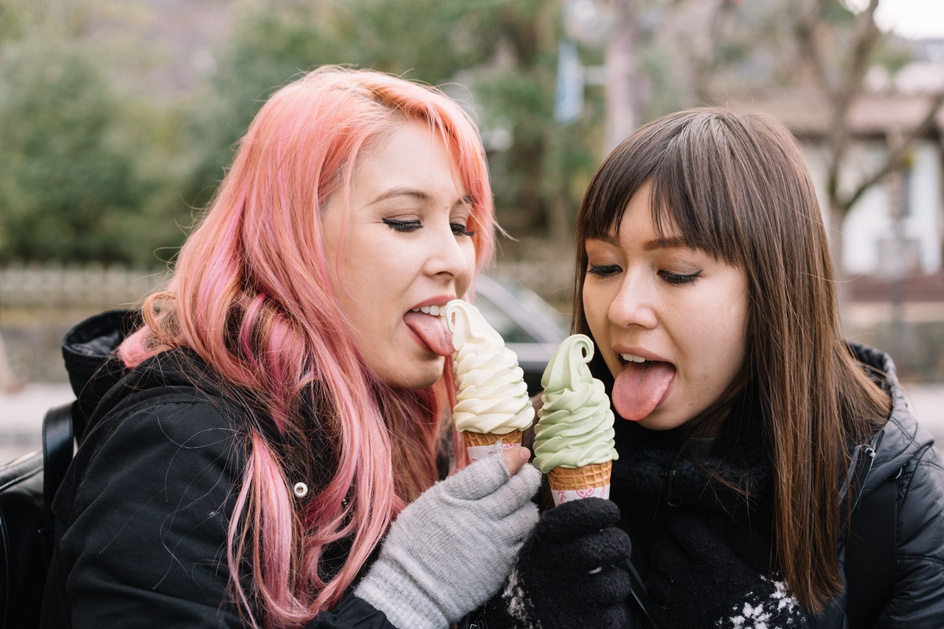 Make sure you get the amazingly delicious matcha green tea ice cream in Kyoto!

You can walk to the Bamboo Grove from the monkey park. A taxi driver thought we were silly when we asked if we could take a taxi there, because we thought it was far away. 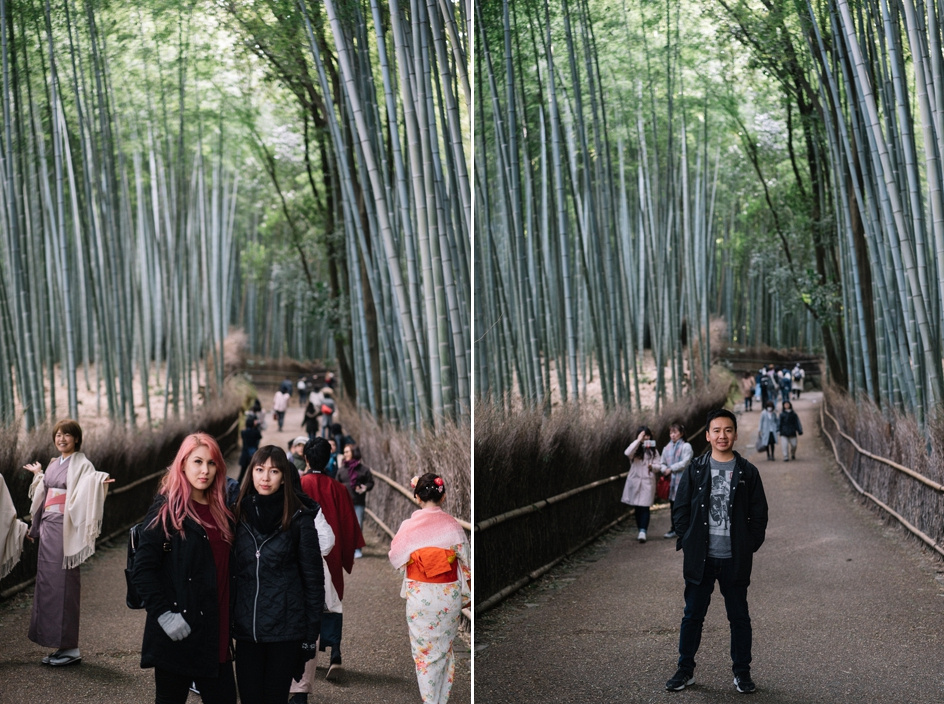 It's a giant pathway surrounded by bamboo trees. Go in the early early morning if you don't want people in your pictures. You can't stand inside the bamboo forest either. 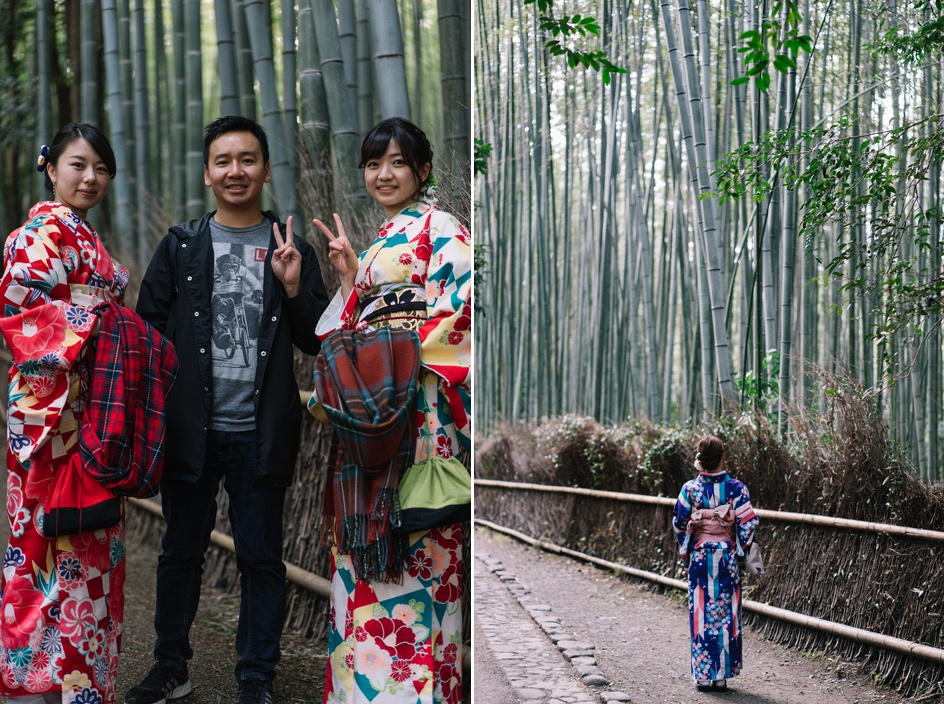 Take pictures with the locals. They're friendly. 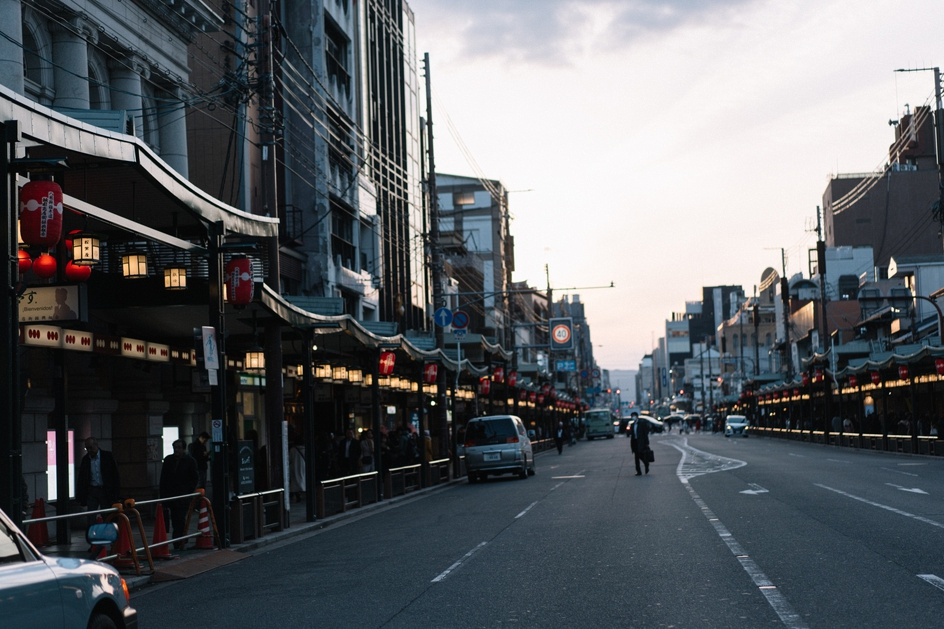 On the perpendicular main street, there are shops and restaurants.

We went a little before nightfall and it was pretty crowded. 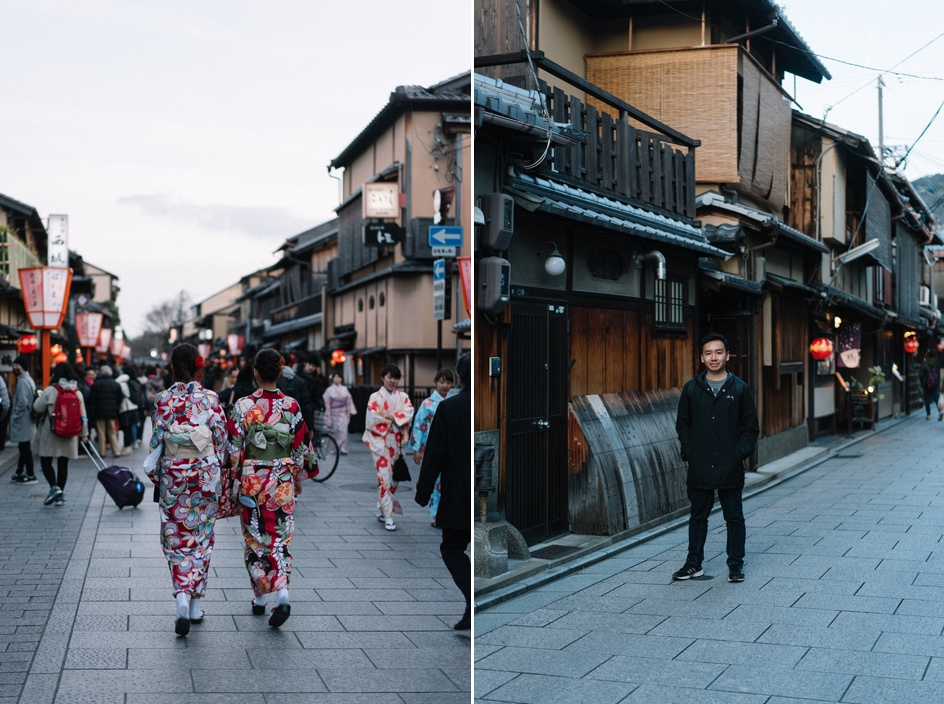 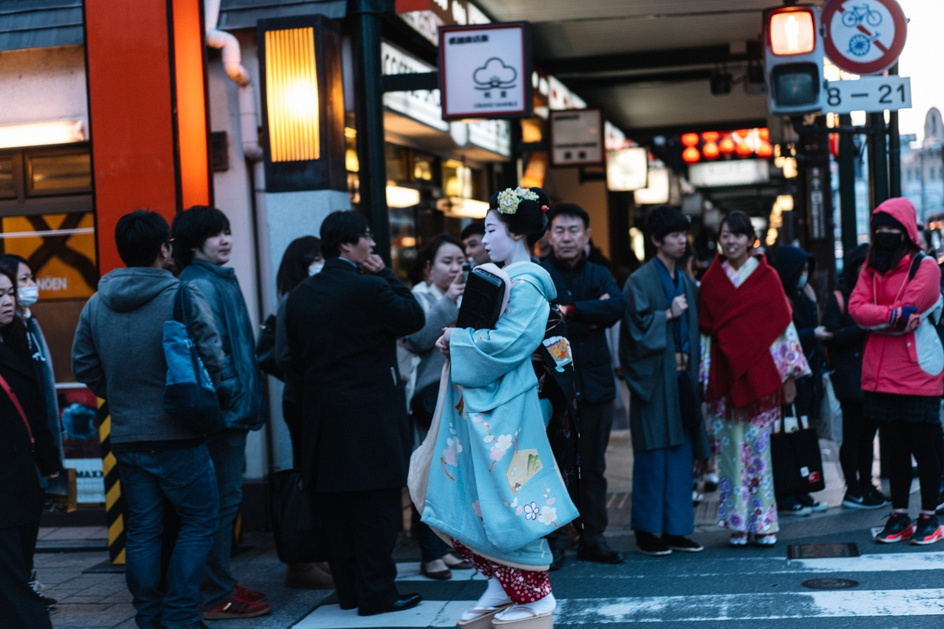 Pictured is a Geisha moving swiftly down the street to get to work. They won't stop for pictures. Apparently you can catch a show at Yasaka Hall Gion Corner for about ¥3,150. You can also dress up as a Geiko or Maiko and do a photoshoot in one of the studios in Kyoto.

Try some tea at the nearby teahouses and matcha pancake. 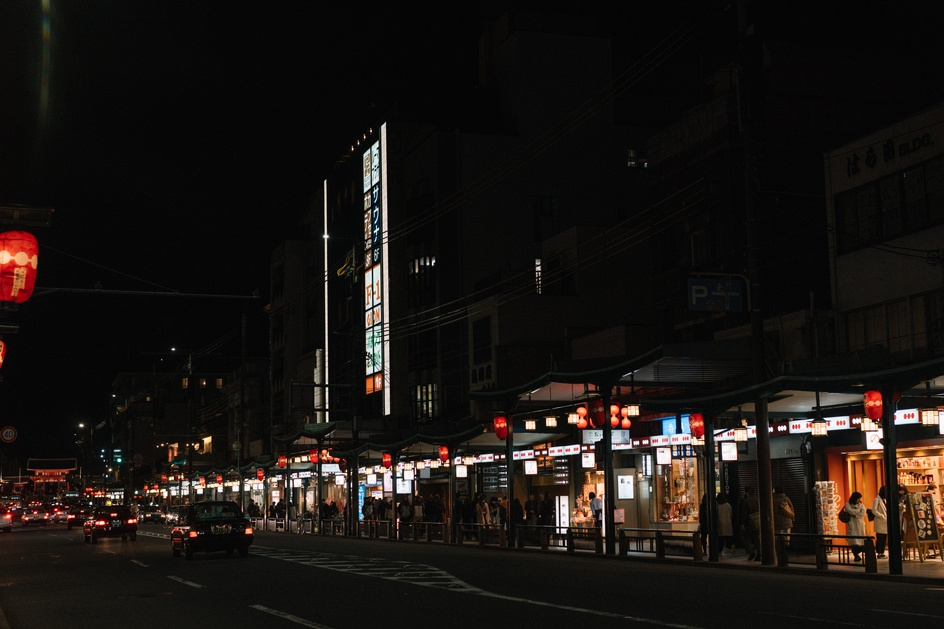